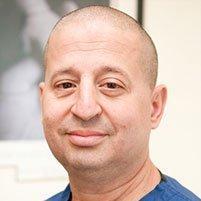 At South Shore Spinal Care, Dr. Glenn Rosenberg specializes in the diagnosis and treatment of scoliosis and other health conditions that affect the back. Patients of Oceanside and New York City, New York, as well as, Clifton, New Jersey, visit the facility to receive chiropractic care and neuromuscular massage.

Scoliosis is a condition that affects the shape of the spine. While most people have a spine with a mild "s" curve, a scoliosis patient has a spine with an exaggerated curve that goes from side to side. Contrary to what many people believe, scoliosis is not the result of poor posture. In some cases, a child's spine begins to develop an abnormal curve while still in the womb. Scoliosis can also be caused by genetic conditions, infections, and tumors. If the curvature is the result of an infection, it may correct itself once the treatment is complete. When scoliosis is rooted in a genetic condition, the rigid nature of the spine will not change and the curvature will remain.

When is Scoliosis First Diagnosed?

Scoliosis is diagnosed in girls more than boys. In most cases, scoliosis is diagnosed when a child is rather young. Even if the curvature is mild, it can be easily recognized when a child stands erect or bends at the waist. As a person ages, the curvature may be somewhat harder to detect. Most schools and daycares will offer scoliosis assessments in an attempt to ensure the child gets the treatment they need. During the early years, most pediatricians will evaluate a child for scoliosis at each wellness check. When the first indication of the condition presents itself, the doctor will begin to monitor it at future appointments.

How is Scoliosis Treated?

In most cases, the curvature is not severe enough to warrant a surgical procedure. Children who are diagnosed with scoliosis are closely monitored in an attempt to take action if it is needed. With most patients, the curvature of the spine will eventually worsen over time but not to the point where the structural integrity of the torso is compromised. If for any reason the major organs of the body begin to be damaged or tampered with in any way by the curvature of the spine, the doctor may choose to use surgery to prevent any further movement from occurring, Chiropractic care can help to correct minor abnormalities within the spine and provide ample support, but will not be able to reduce the curvature that already exists.

We participate with most local and many national insurance plans as well as workers' compensation, personal injury, auto accident, and some commercial health plans. We also accept most major medical insurances. Since most plans offer different coverage options, please call us to find out what your plan covers. The staff will verify and explain your benefits before treatment at no charge.